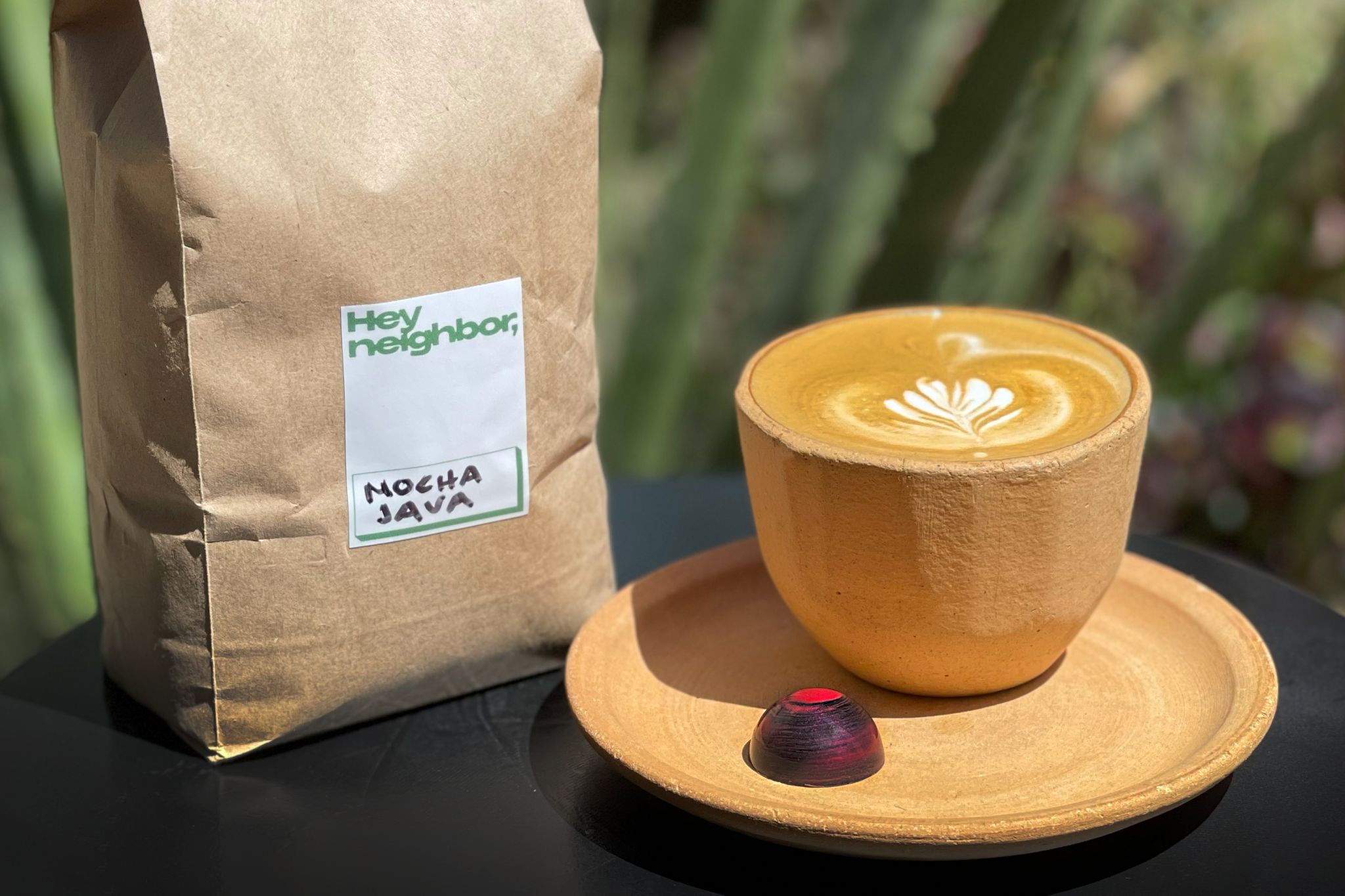 When Natasha Podogova and Dee Derisse’s neighborhood coffee shop closed during the pandemic, they both felt the loss acutely. After the two neighbors, who are both artists and filmmakers, learned that the Four Barrel Coffee in Portola would never reopen, they hatched a plan.

“We wanted to revitalize the space because it’s so integral to the Portola neighborhood,” said Derisse, who also used to work at Four Barrel. “It’s the watering hole where I would see all my neighbors every day.”

The two put their heads together, and Hey Neighbor was born: a brand new fourth wave coffee shop that just opened in the former Four Barrel space. It was a “stars aligning kind of situation,” according to Podogova — the two had very similar visions for the venture.

“We want to feature coffee roasters who are the other faces of coffee,” they added. “And we want to integrate and represent communities that are often ignored or overlooked in this ever-expansive tapestry of coffee culture.”

On the menu are coffees from the likes of Captain + Stoker in Monterey, truffles from S.F.-based Feve Chocolates, and black toast, made with an activated charcoal loaf from fellow San Francisco pandemic project Rize Up Bakery. Podogova and Derisse also are working on an experimental coffee drink menu and plan to eventually host art openings and other community events.

“Our location is very special — there’s a garden community behind us, and it’s just naturally a place where people congregate and hang out and take a break,” said Podogova. “We will just nourish that and be available and open our doors to people.”

Hey Neighbor, at 2 Burrows St., San Francisco, had its soft opening June 27. They plan to have their grand opening very soon — stay tuned on social media for the announcement.

The long-awaited Westfield San Francisco Centre location of Shake Shack finally opened its doors June 28. It is the second location of the East Coast fast-casual chain to open in San Francisco. Read more.

A new beer hall from the owners of Namu Gaji, Namu Stonepot and Sunset Squares Pizza has opened in the former Perennial space in SoMa. On the menu will be food from several different menus, including pizza from Sunset Squares, California Korean food from Namu Stonepot, and Filipino American food from partner Uncle Tito’s. Oh, and there’s an NFT gallery, for some reason, according to Eater.

This new Polk Street bar introduced itself with a very wholesome Reddit post that went a bit viral. It’s “trade-inspired,” with cocktails inspired by spices, herbs and fruits from around the world, according to Eater.

Chef Chikara Ono may have closed his popular Swan’s Market kiosk B-Dama during the pandemic, but he has something new to take its place. His two pandemic pop-ups, Dela Curo (serving black Japanese curry) and Sundo (serving Japanese fruit sandwiches) will split the old Swan’s Market space with side-by-side stalls. Read more from Eater.