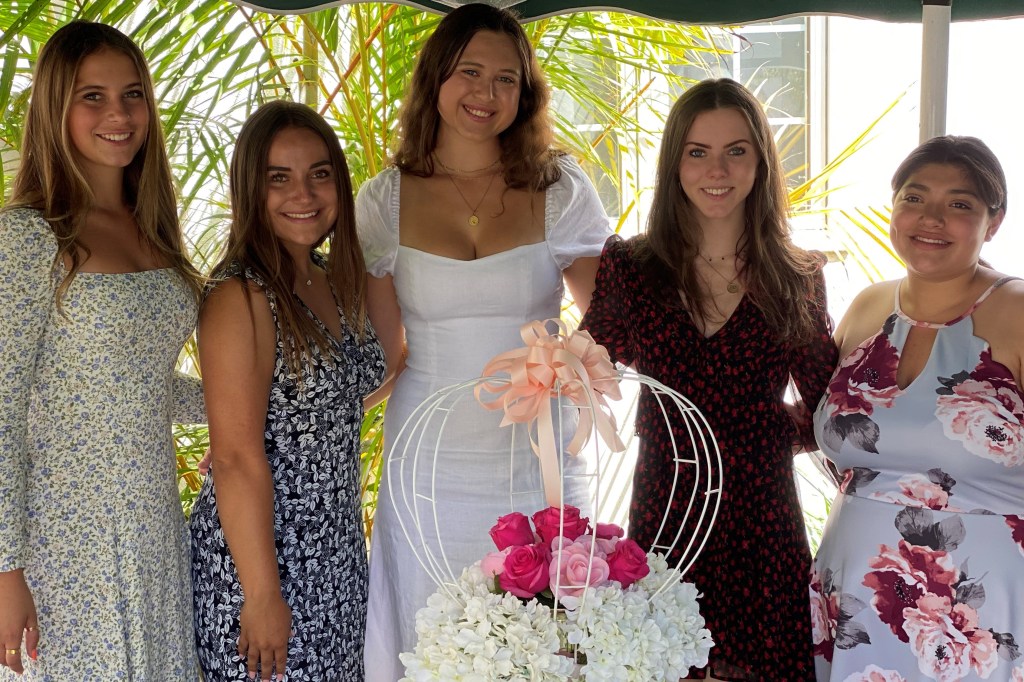 Join the USS Hornet Sea, Air & Space Museum as it closes out the summer with one last bash on Labor Day.

Enjoy the sun and the amazing views of San Francisco from the USS Hornet as you relax, listen to music and enjoy good food and drink from 10 a.m. to 5 p.m. Sept. 6. This event will be held on the Hornet’s giant (more than 800 feel long) flight deck, so there will be plenty of space to spread out!

On tap will be DJs from A-Town Booking; shaved and kettle corn; the returning Oakland Smokehouse BBQ; and Best Beverage Co. serving drinks. We will have docents stationed through the island structure to help you take free tours. The rest of the ship will also be open as normal to explore: the hangar bay, the second deck and all of the Hornet’s exhibits.

At a recent mother-daughter announcement luncheon, several of the young ladies who will participate in this fall’s 69th Coronet Ball gathered and discussed their excitement regarding the upcoming event. Since 1949, the Coronet Ball has been a charitable and social event honoring the culmination of years of service of young women who have distinguished themselves through their dedication and commitment to volunteerism in their communities.

Each participant was presented with a gold Coronet lavaliere, which each will wear for the first time on a white velvet ribbon Nov. 27 at the Coronet Ball at the California Club in downtown Los Angeles. The gold Coronet medallion is a symbol of family devotion and dedication to the service of others. This year’s families come from various cities within the county of Los Angeles, as well as from Northern California and Minnesota, including Heather Catherine Lane Hennigh, of Alameda.

AC Transit has begun service of the new pilot Line 78, which starts at Fruitvale BART and operates in Alameda along Santa Clara Avenue and Ralph Appezzato Memorial Parkway, making it a great option to get to and from the Island’s new Seaplane Lagoon ferry terminal for commuters who live near the Santa Clara, Webster, and Appezzato Parkway corridors.

Riders who use Clipper and take Line 78 and the Alameda Seaplane ferry will enjoy the benefit of a free ride thanks to a transfer discount equal to the local bus fare applied to the second leg of the trip. Line 78 is a one-year pilot program and during that time, AC Transit will monitor demand and ridership to help determine the bus line’s future.

The Alameda Kiwanis Foundation encourages nonprofit organizations serving Alameda to apply for its community grants, which will be awarded in early fall. Information and application forms can be found at alamedakiwanis.org. The application period is open and will close on Sept. 1. Applications must be complete and postmarked by that date. Applications must be mailed to Alameda Kiwanis Foundation, P.O. Box 1217, Alameda CA 94501.

2021 has been a year of transition and repair. Alameda’s business community is coming back and has some critical issues to address in the community. At the Alameda Economic Forecast from 11:30 a.m. to 1:30 p.m. Oct. 1, the Alameda Chamber of Commerce will go over the issues that they feel mean the most to your business, including the affordable housing crisis.

Last year’s online event garnered a lot of attention and was very well attended. This year will be online as well, and Chamber officials hope you will join them for the information you need to know from whom they say are some of the brightest minds in leadership discussing the current and future economic outlook for the area. This year, more than ever, Chamber officials say understanding what’s on the horizon for Alameda as we move beyond the pandemic and work on ensuring diverse voices are heard and appreciated is incredibly important to anyone doing business or living in this city.

To submit an item for our “In brief” section, please email it, at least three days before publication, to [email protected] Each item should be 90 to 180 words, include the name of the group or individual to whom it is to be credited and should also include a brief headline.