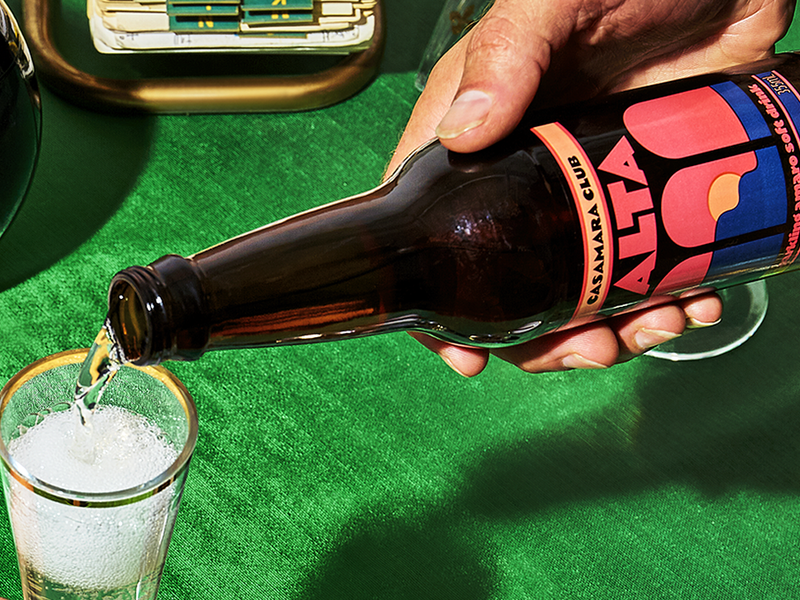 New products on the market have added competition for brands that have been around longer. “We’re probably down 50 percent from where we were two years ago,” said Schwerin.

Schmohz also switched distributors after their previous distributor closed, which has posed challenges. “They’re slow to accept a nonalcoholic beer, and so we’ve got to convince them that it’s worth their effort to sell it,” Schwerin said.

Schwerin hopes to release a couple of new nonalcoholic flavors, including “a red and a dark,” but those plans are “on hold” until business picks back up.

But when it comes to nonalcoholic beer, mainstream production may have a ceiling, as there are a few significant barriers to entry.

“A lot of the processes by which these are made are proprietary, so if you don’t already know how to make it and make it cost-effective, then it can be very expensive,” said Price.

Springsteen said he “got lucky” when a retired brewer from a macro brewing company visited the facility one day and shared his recipe for brewing nonalcoholic beer. There are two overarching methods: Either you extract alcohol from fully brewed beer or you block the formation of alcohol during the fermentation process.

“It requires a whole lot of attention,” said Springsteen. “It’s a different way of brewing, and you don’t have a lot of room for error.”

According to Christopher Lasher, the marketing director at Griffin Claw Brewing Company in Birmingham, they’re interested in releasing commercial nonalcoholic beer options, but won’t be able to any time soon because of the investment costs in new equipment, which he said can cost upward of $250,000, depending on the size of the brewery.

In other words, brewing nonalcoholic craft beer isn’t for dabblers or hobbyists. “I don’t see this going the way of seltzers where everyone starts producing seltzers,” said Youngman.

But for brewers who aren’t ready to invest in the necessary startup costs, there are plenty of nonalcoholic products outside of craft beer.

Griffin Claw has been approached by another company to make a nonalcoholic spirit infused with CBD, said Lasher, though he noted they “haven’t gotten too far in talks.”

After a year or so of development, Beards Brewery in Petoskey launched Michigan Hop Water, its line of hops-infused, nonalcoholic beverages in 2020. So far, they’ve sold 618 cases, or 14,832 cans, in 2021.

If there’s one thing brewers, sales reps and wholesalers unanimously agree on it’s that the trend toward healthier nonalcoholic drinking is here to stay.