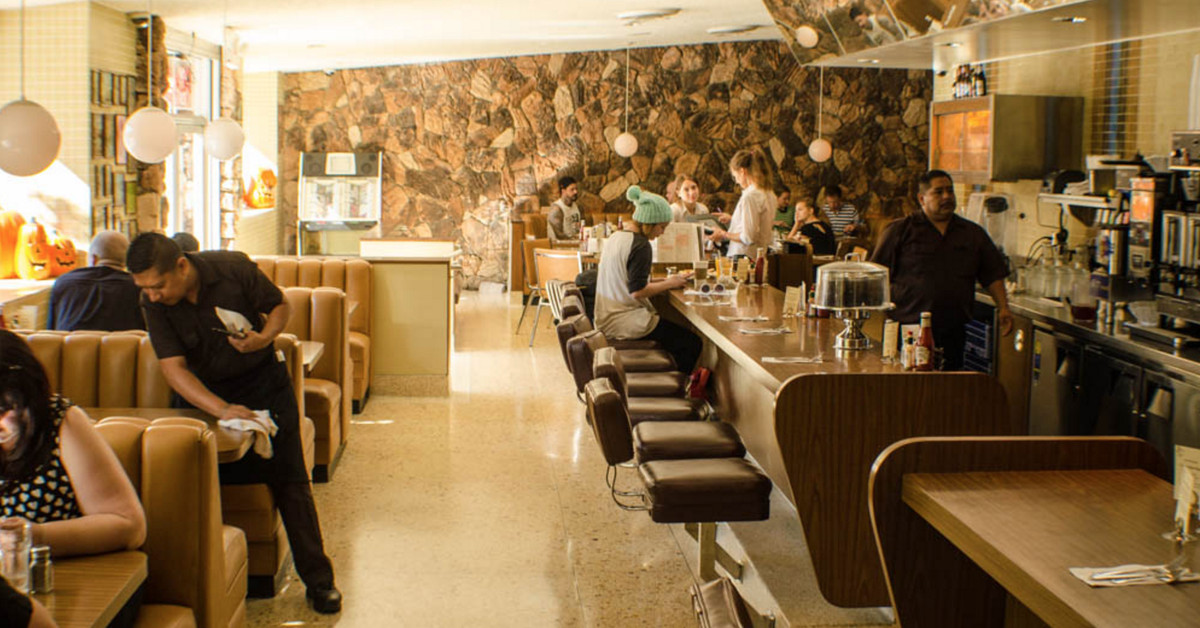 Celebrated Hollywood diner the 101 Coffee Shop is getting new life, though the name itself isn’t sticking around. Instead, the space — made famous in part for its background role in the film Swingers — will become Clark Street Diner, an offshoot of the Clark Street Bread group that has been slowly expanding across Los Angeles in recent years. Owner Zack Hall confirmed the news to Eater this morning, saying that he’s taken possession of the restaurant space at 6145 Franklin Avenue, with hopes of turning the lights on sometime in September.

Hall is quick to note that while the intent is to keep the diner vibes and traditional menu items found at so many staple LA coffee shops, this will still be a new operation under the Clark Street banner. That means American breakfast staples done with organic ingredients and perhaps a bit more bread and pastry, though with fewer croissants and more pecan sticky buns, coffee cake, and housemade pies.

“The menu’s going to be pretty similar to any diner you’d walk into, from Norms to the mom and pops,” says Hall, ticking off breakfast dishes like pancakes, eggs, and hash browns, and strong coffee in thick mugs. There will be lunch as well, though no dinner or late-night service to start. Like nearly every other restaurant business in Los Angeles, Clark Street is understaffed, making the growth into diner food both exciting and a bit overwhelming.

If all goes well, Clark Street Diner should open by September, though that’s still a moving target. Hall says he isn’t changing the interior much along the way, which should help to keep things running smoothly. “It’s iconic,” Hall says of the rock wall and wide booths that have become beloved for so many over the years.

The 101 Coffee Shop had operated on the same site for two decades and had been a diner of some kind for years before that. When the restaurant announced its pandemic-related closure in January of this year, longtime fans like Patton Oswalt shared fond memories on social media as a way of saying goodbye. Now the space at least is coming back, and there’s even hope, Hall says, of a return to late-night weekend hours down the line.