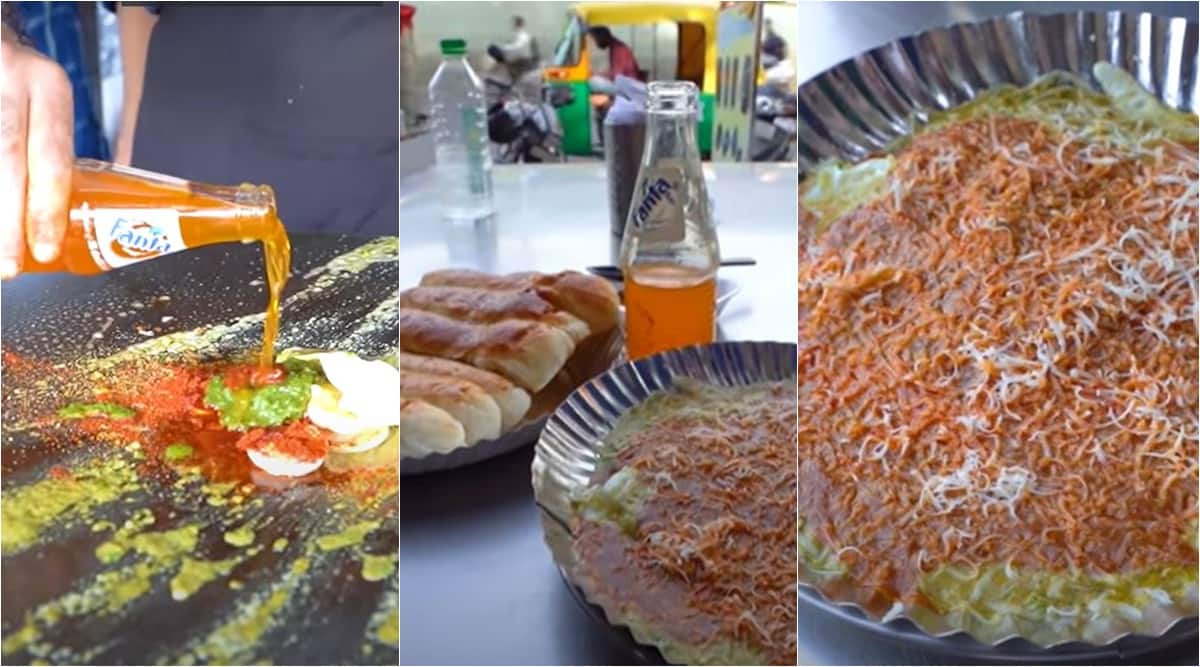 While there is no dearth of delicious recipes on the internet, every now and then people come across some bizarre food that leaves them feeling squeamish. Latest to join the list is ‘Fanta Omelette’, which has left foodies confused online.

Yes, at a street food stall in Gujarat, someone has whipped up an egg recipe using the tangy aerated drink. Reason? Well, the chef and joint owner attribute it to “public demand”.

Known as ‘Fanta Fry’, the sweet-and-spicy rendition of the egg dish — made with both sunny-side-up and boiled eggs — comes at a not so cheap price of Rs 250 per plate.

In case you’re not a fan of the orange drink, the food stall owner informed that they also have other options like: ThumsUp Fry, Limca Fry dishes.

Served with pav (bread), the eggs are paired with a gravy made up of the soda drink along with spices, mashed potatoes and green chutney. The omelette is then garnished with loads of cheese and served hot with the remaining soda on the side!

For all curious folks, the food blogger tasted the unusual dish and dubbed it as decent.

However, those watching the video online, were mostly far from impressed. They took to Twitter to express their shock and dismay over the dish. Even food delivery companies, like Swiggy, tweeted about the same.

first tandoori sushi, now fanta omelette. what else will this week make me see? 😭

When there so much to eat, why? Just Why? pic.twitter.com/MZWXHfZug0

His punishment: he should be force fed “rooh-afza-ki-masaledar-chai” and “mooli-ke-achar-ki-kheer.”

you think you’ve got a basic understanding of the world, then you see people enjoying fanta omelette and nothing makes sense anymore 🤯

Don’t know why but I have a feeling there is an MBA graduate involved in this somehow though….

Three sunny side up+ 3 egg yolk gravy (with all sauces possible) + one boiled egg sauce/gravy made with Fanta = 250 bucks. More than Fanta it’s the cost that baffled me. He has Thumbs up and limca omelette as well.
God bless the person’s digestive system. 🤷😐🙊🤐 https://t.co/zIRSSXybDC

The way people are reacting to Fanta in omelette clearly shows that twitter isn’t ready for a Surati omelette place menu.